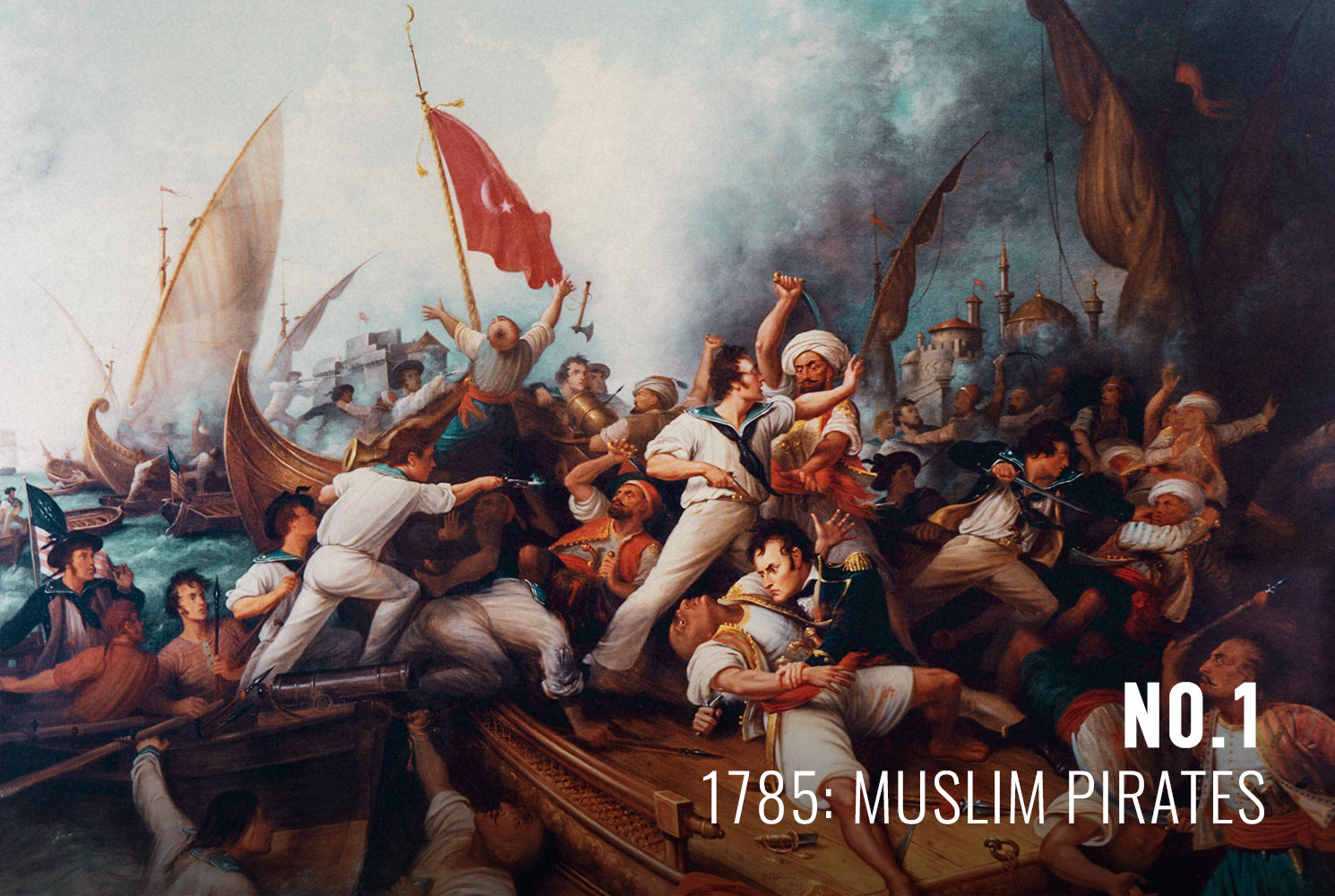 In THE LAST PATRIOT, Anthony Nichols shares with Scot Harvath and Tracy Hastings little known history dating back to the 18th century, when Thomas Jefferson was America’s Minister to France and Muslim pirates terrorized the Mediterranean Sea. In July of 1785, Algerian pirates captured two American ships, Maria and Dauphin, off the Barbary Coast, and the Dey of Algiers demanded an unprecedented ransom of $60,000. Jefferson was opposed to paying the higher ransom and proposed a coalition to force Islamic states to end the era of piracy and extortion. 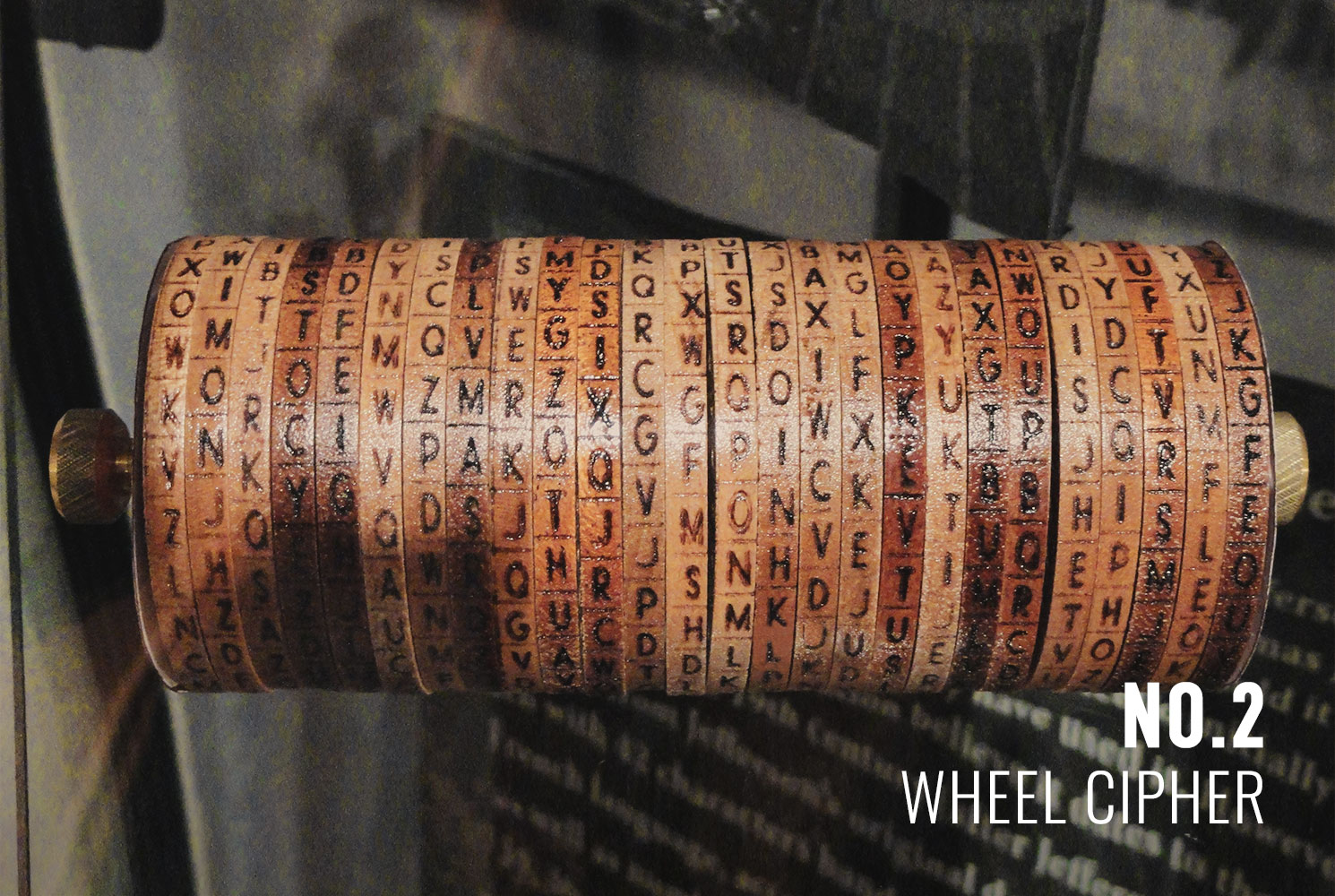 Among the Jeffersonian history in THE LAST PATRIOT is the story behind the third president’s invention of an “ingenious machine,” the wheel cipher. While living in Paris, Jefferson invented this early technology to encode and decode sensitive correspondence. The device is comprised of a series of disks with the 26 letters of the alphabet set around their edges. The disks hang on a metal axle, the ends of which sit on a rack, so that the discs can be rotated to spell out desired messages. 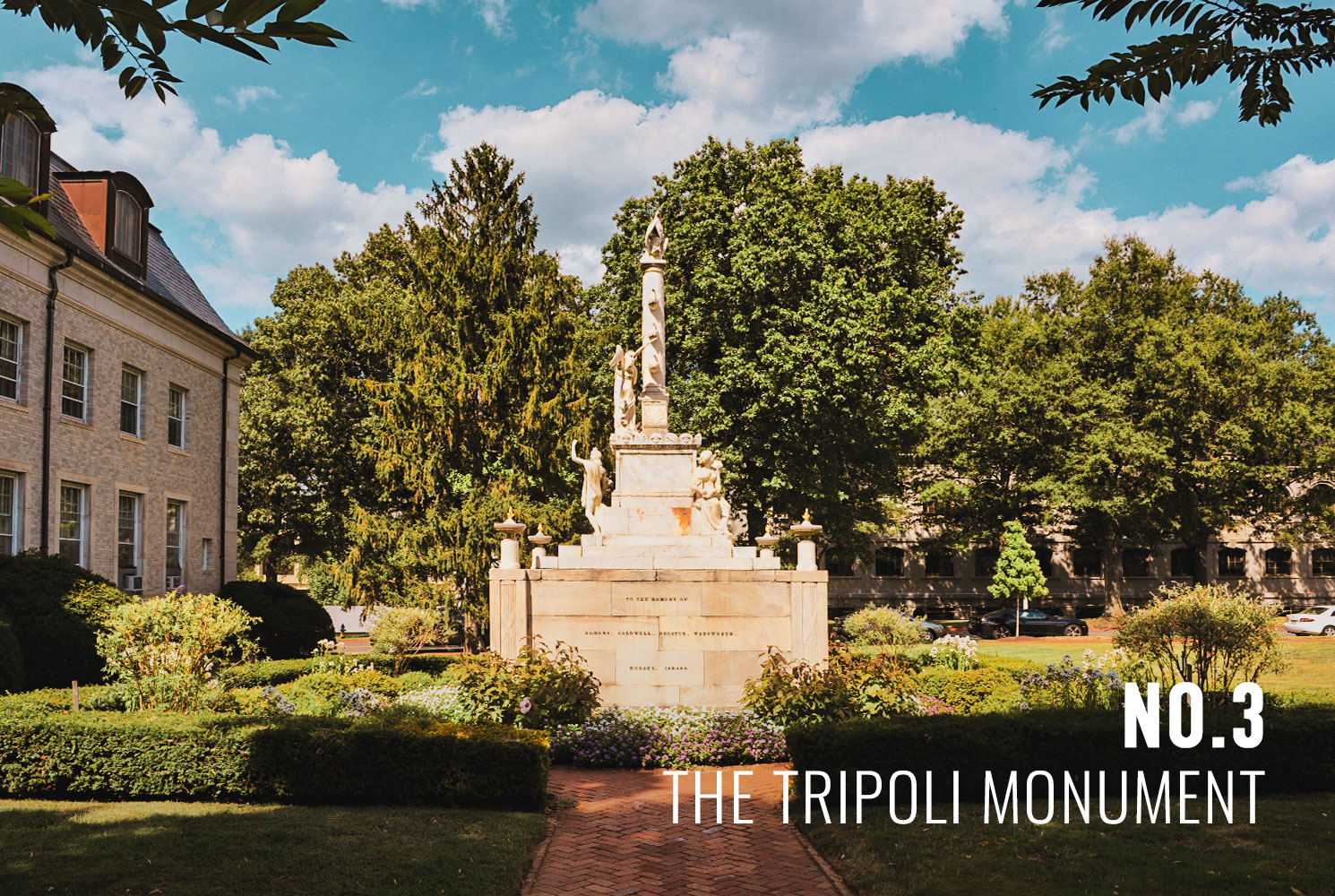 Photo via: NAVY LIVE: The Offical Blog of the U.S. Navy

Harvath returns to the US Naval Academy (USNA), where he had been a handful of times during his undergraduate years, in THE LAST PATRIOT. He recalls several of those visits when he would make a special trip to admire the oldest military monument in the United States. The Tripoli Monument honors naval heroes who fell in Tripoli during the first war against the Barbary pirates. Carved of white marble in Italy in 1806, the monument stood in the Washington Navy Yard and on the terrace of the US Capitol before it came to its current location on the USNA campus. 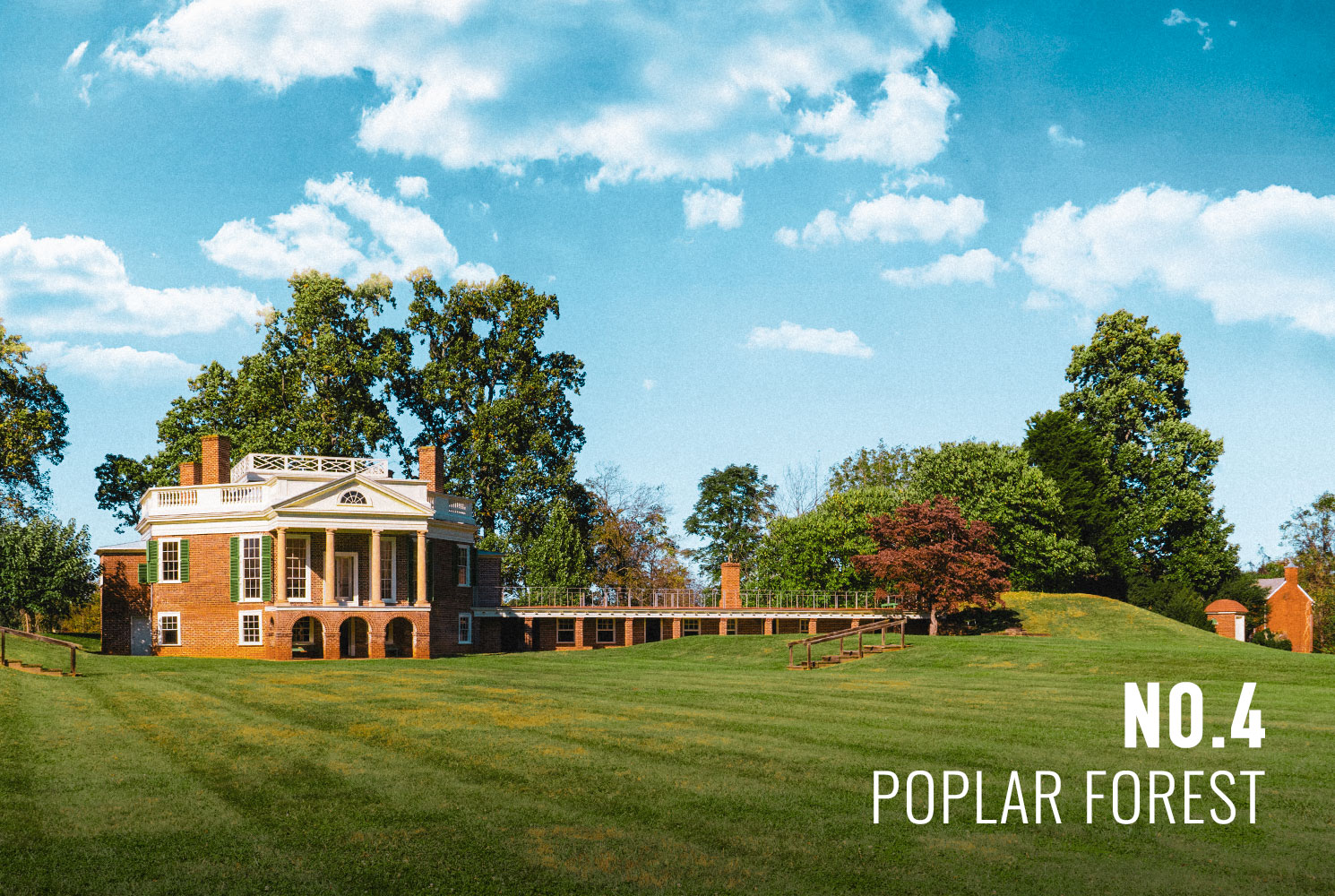 The race to the stunning conclusion of THE LAST PATRIOT takes Harvath and his colleagues to Poplar Forest, Thomas Jefferson’s personal retreat and plantation in Bedford County, Virginia. Jefferson designed and withdrew to Poplar Forest to escape public life. Here, he pursued his passions for reading, thinking, and studying. The property, with its octagonal house and classical architecture, was designated a National Historic Landmark in 1971 and is open to the public. 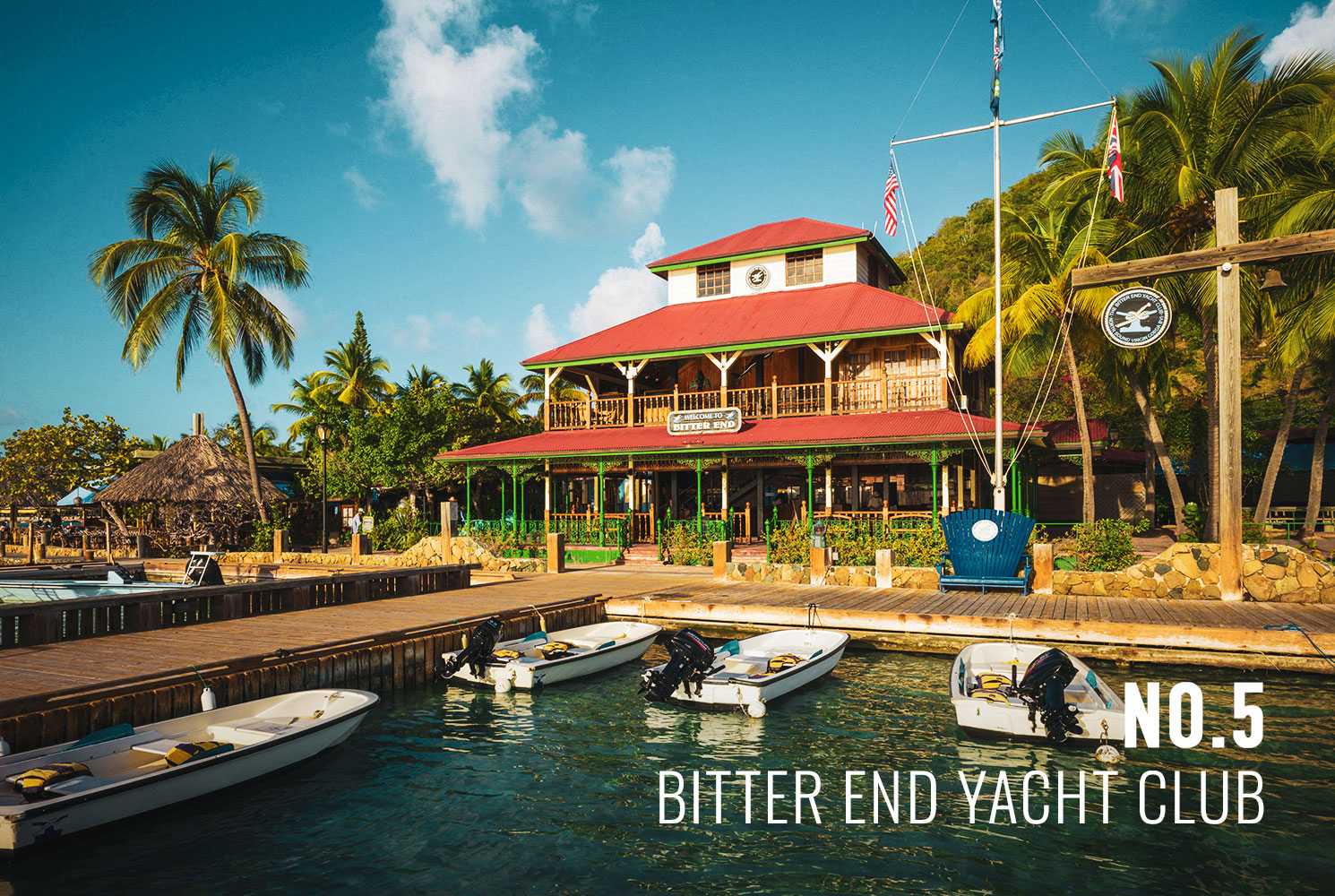 The Bitter End Yacht Club in the North Sound of Virgin Gorda, British Virgin Islands, provides the backdrop for the dramatic closing scenes in THE LAST PATRIOT. Set on 64 acres, where the Caribbean Sea meets the Atlantic Ocean, the club is accessible only by water and renowned for its regattas, sailing school, and familial and festive atmosphere. The iconic Caribbean club closed after suffering severe damage in hurricanes Irma and Maria, with plans to rebuild underway.