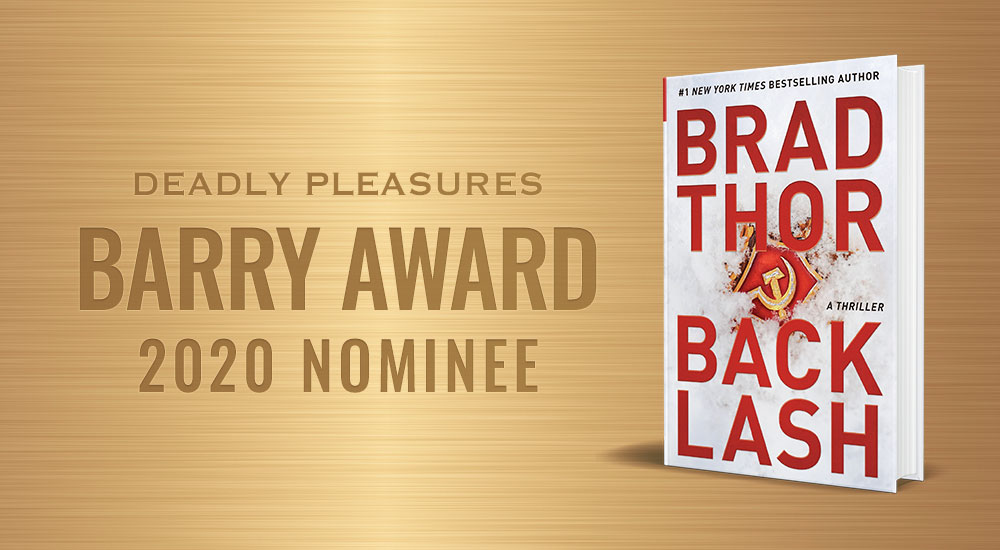 A panel of experts in the genre have nominated BACKLASH for a prestigious Barry Award for Best Thriller of the Year. Since 1997, Deadly Pleasures magazine has recognized the best works in mystery and crime fiction with the award named for notorious fan, critic, and reviewer Barry Gardner. Winners are announced at the annual Bouchercon World Mystery Convention, which will be held in October in Sacramento, California this year.